Home » News » Posts » Wildfires And Construction: Can Anything Be Done? 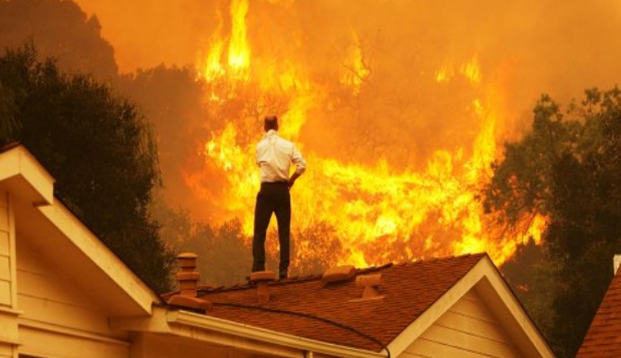 Wildfires And Construction: Can Anything Be Done?

Wildfires and Construction, can anything be done?

The bushfires in Australia are a tragic and ongoing environmental and humanitarian disaster. The fires have destroyed over 42 million acres of land, 10 million more acres than the whole of England.

Over 30 people have lost their lives and in January, the capital city of Canberra recorded the third worst air quality of any major global city. The Australian Tennis Open was disrupted and the sky glowed red in New Zealand, many hundreds of miles away.

Much of the damage and destruction has been in the South East of the country, the location of the continents vast eucalyptus forests. Over 6,000 buildings have been destroyed there alone, almost half of which were homes.

Experts estimate that over one billion animals have been affected. With the fires still burning uncontrolled, it will be some time before the full economic and ecological impact can be determined. 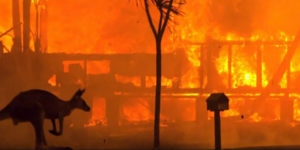 Seeing such wholesale destruction on such a massive scale reminds us of the terrible Grenfell tragedy here at home. The Grenfell inquiry is now underway and the building materials, which were used in the recent refurbishment, are being scrutinised to see how or if they contributed to the tragedy.

Building and roofing materials are tested and analysed to reduce risks of combustion and the spread of fame. Roofs are one of the most vulnerable parts of a property to fire and there are tests, standards and building regulations, including BS476, which deal with the main risks that have been identified.

So can we learn from Australia and is it possible to safeguard against natural disasters on this scale?

Bushfires reach temperatures of 800°c and in certain conditions exceed 1,200°c and very few materials are unaffected by such a raging inferno. Strangely, some of those which are best equipped to do so, are some of the oldest materials used in construction, notably kiln fired bricks and tiles.

It is clear that the heat of fires and radiant heat, which can sometimes exceed the temperature of the flames, cannot be held back indefinitely because no practical building materials are completely fireproof.

Australians have identified these limitations and their fireproofing is more about prevention. Creating fire breaks in forests and plantations around houses. These are usually broad avenues devoid of any combustible materials, wide enough to prevent radiant heat spontaneously jumping across the open space. They also plant succulent barriers and create watercourses around buildings and settlements.

But we can probably learn most from the Aborigines who had been managing these risks in Australia for 50,000 years before the first Europeans arrived.

The aborigines used small controlled fires to burn specific grasses and rid the land of debris. They had a deep local knowledge of the environment and this enabled them to control the spread of the fires and even their temperature, thus limiting environmental damage to animals, trees and the forest canopies.

Early European settlers tried to copy them but never managed to achieve the same outcomes, often creating bigger, uncontrolled and much hotter fires, which actually encouraged greater germination and a faster build-up of new flammable growth afterwards, the reverse effect than was intended.

Climate change, more droughts and hotter temperatures will increase and so will the incidents of natural fires but aboriginal techniques, are not enough on their own.

Whilst we all need to learn from and embrace the ancient aboriginal custodianship of the land and its management, we also need to improve the design and maintenance of our towns and buildings, including incorporating materials which are less combustible, including some of the oldest ones we use.

There are numerous products for flat and pitched roofs which meet and often exceed the performance required by building regulations.

And most of all, be careful how the systems are applied. There is no need to use torch-on roofing felts anymore!

Interested in flame free flat roofing systems or any of the other points raised in this article? Call us or drop us an email at enquiries@maguirebrothers.co.uk