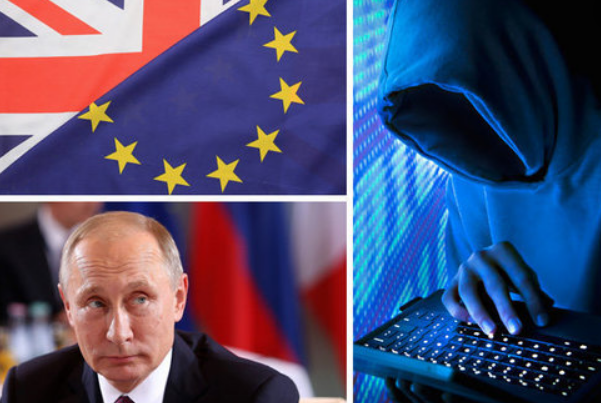 Are Foreign Governments Influencing Your Vote?

On December 12th the population will exercise its democratic right and responsibility and vote to decide who represents us in parliament.

Voting is not compulsory in the UK and over the last 100 years, in the UK the average turnout has been around 70%. In 2017 it was 68.8%, with older voters slightly more likely to turn out than younger people.

We will base our decision on information we have gleaned from our own experience, from friends and associates and from the media. Increasingly social media, almost completely unregulated, has been exerting its influence, especially among younger voters.

So it is perhaps no coincidence that political parties and organisations have started to tune in to this powerful media vehicle. The conservatives were criticised in 2017 for allowing Labour’s digital campaign to run rings around them. This was largely missed or ignored by the traditional media who predicted something close to a Tory landside, anyone looking at Facebook thought the opposite.

Analysis has shown that in the lead up to the EU referendum, there were not only twice as many ‘leave’ supporters on Instagram and Twitter, they were 5 x more active than ‘remainers’ and the messages they chose were more effective for those platforms.

No surprise then that Boris Johnson has elicited the support of Dominic Cummings, campaign director for the vote leave campaign, as his special advisor.

There has been some disquiet expressed over the use of social media because of its power and because it is largely unregulated. Influencers, big or small, can write their own opinions, however preposterous they may be, or completely fabricate stories and reach massive audiences. While most traditional media will have a political bias, there are regulations, which prevent them from publishing complete lies.

Social media has also been found susceptible to abuse by foreign governments hoping to influence the outcome of an election to suit their own interests. There has been consternation that Vladamir Putin, once the head of the KGB, may have tried to steer Donald Trump into power or influence the EU Referendum.

Foreign governments, including our own, have always tried to influence events in other countries. The only difference now is the choice of media.

In 1996, fearing Boris Yeltsin might lose the Russian election to an old style communist, on the behest of Bill Clinton, he was supported with $10 billion in loans from the International monetary fund and provided with a team of American political consultants.

The same policy has been rolled out across the world in places such as Guatemala, Indonesia, South Vietnam, Afghanistan, and beyond. The Shah of Iran was put in place by the west.

British agents coined a term for this type of diplomacy, referring to ‘King George’s cavalry’ when they meant ‘suitcases of cash’.

An American scholar D H Levin has studied the phenomena and for the period 1946 – 2000 found 36 instances of outside influence by the Soviet Union and Russia and 81 by the United States, although he thought the Russian figure was probably understated.  He felt these interventions had frequently been effective.

The social media genie is now well and truly out of the bottle and there is no going back. To do so would infringe on even greater principles of our democracy and human rights, like the freedom of speech and self-expression.

While governments the world over try and legislate to introduce regulation, it is likely to be some time before effective measures are introduced, if at all.

So perhaps we should just remind ourselves the age old truism, that everything we read in the newspapers may not be the truth, and we have to exercise some censorship and common sense ourselves.