Home » News » Posts » When Will Price Inflation Stop In Construction, And What Does The Summer Season Have In Store? 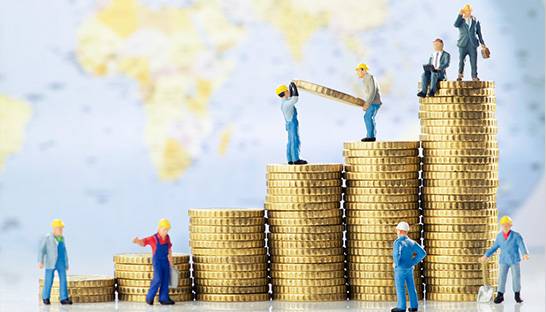 When Will Price Inflation Stop In Construction, And What Does The Summer Season Have In Store?

When will price inflation stop in construction, and what does the summer season have in store?

It is widely documented that inflation in the UK has risen to a 30-year high, with the Bank of England forecasting a continued rise up to 6% over the coming months.

This however this is expected to drop quickly thereafter and continue to fall in 2023. The main cause of this rise is attributed directly to the volatility caused by the Covid-19 pandemic.

Inflation is a measure of how much the prices of goods and services increase over time. It is one of the most relevant economic measures for consumers and is usually measured by comparing the cost of things today with a year ago, with the increases known as the inflation rate.

Inflation rates have been driven higher by the rising prices for food, furniture, clothes and housing.

While increasing prices are something those in construction have been experiencing over the past 18 months, is there any evidence things might start to ease off in the near future?

An article published by the RICS outlines that construction project costs have increased by 14% between January and September 2021.

While it is predicted that material costs are likely to stabilise, they are still expected to grow slightly, with a further 1% rise expected by the end of the year. However, the pressure on material availability is expected to continue until the end of 2022 at a minimum.

However, 1% seems non-existent, considering some timber items have been subject to over 70% price increases over the past 12 months.

So Does This Mean We Are “Nearly” Out Of The Woods With Cost Increases?

While it has been readily reported that the increase in the cost of living has not been matched by an equal increase in pay.

In fact Building Magazine explains that since the beginning of the pandemic, construction salaries have increased by over 14%, RICS’s Modus Magazine has this number between 30-50%.

While construction workers may be better positioned to navigate the increase in living costs. These increases in the cost of labour, matched with labour shortages are likely to be the biggest driving factor in the continued rise in cost of construction projects in 2022.

So as material prices appear to be stabilising and one problem starting resolving itself, labour shortages and increased labours costs are going to be causing headaches for those looking to purchase construction in the latter parts of 2022.

Labour shortages, whilst significantly driven by the implications of Brexit, are a self-inflicted wound that the sector has not dealt with for decades. The over reliance on cheaper European labour has resulted in little investment in junior staff, for which the sector is now paying the price.

With all things considered, it appears that construction costs are unlikely to stabilise for a little while yet.

Also going on the advice of the Bank of England, even when prices stabilise, it is unlikely that costs will go down, but instead become a new normal.

With a lot of refurbishment projects scheduled for the summer period, our advice to our clients would be, where possible, push ahead and try to take advantage of slightly quieter periods in the build-up to what is likely to be another congested summer of construction activity.

If you are planning any roofing and external refurbishment works, or just after some technical advice, our teams are always on hand to assist. You can get in touch with them directly here.