Home » News » Posts » The Impact Of Hot Weather On A Roof 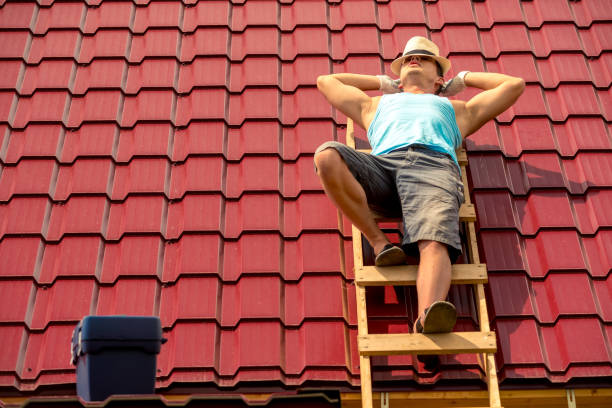 The Impact Of Hot Weather On A Roof

What impact can hot weather have on a roof? We look at the effects of extreme hot weather on commercial roofs.

As mercury rises to record levels across the UK and we prepare paddling pools, dust of old fans and investigate local outdoor swimming spots, far from the mind of many is what impact hot weather can have on a roof.

Usually roofs, and their associated issues are far more linked to the traditional British downpour, not the Saharan temperatures currently engulfing the UK.

However, as with any extreme weather, the heat can have significantly detrimental effects of roofs, and we’ve decided to briefly look at a few common issues that might be occurring above our heads.

Just like much of the British population at the first glimpse of sunshine, roofs remain unprotected and highly exposed to unfiltered UV rays.

Direct exposure to the sun’s rays can start to dry out your roof, causing shrinkage as well as causing wooden structures to weaken, and in some cases start cracking.

Slates and Tiles that face long exposure to ongoing high summer temperatures can begin to slip, buckle or split and the joints between tiles become looser.

Flat Roof surface temperatures can soar, and unprotected asphalt roofs will become malleable, with plant or penetrations sinking into them.

Whilst there’s no better feeling than jumping into a cold pool on a hot summer’s day, your roof doesn’t respond too kindly to sudden temperature changes, and in fact one the biggest problems roof coverings face during hot weather spells, is thermal shock.

This occurs when high day time temperatures drop suddenly as the sun sets, causing materials to expand and contract over very short period of times.

Whilst a well-known problem to industrial metal roofs, numerous other materials including asphalt, lead and roofing felts can become affected, putting significant strain on areas.

As the hot weather passes, this is usually followed by heavy rainfall and thunderstorms. As roofs have been strained during hot spells, many of the issues mentioned have resulted in partial (or complete) failure, and only after a heavy downpours do these issues get a real test.

In many cases clients will not link the two together, and more likely conclude that as it hadn’t rained for a while, they had forgotten about the roof problems, however we note a strong correlation between hot summer spells and increased roof damage.

Whilst there are a number of issues that extreme hot weather cause to roof coverings, many of which can be mitigated through regular inspections and maintenance.

However, if you’re concerned about the condition of your roof during this period of hot weather, our surveying teams are on hand to assist.