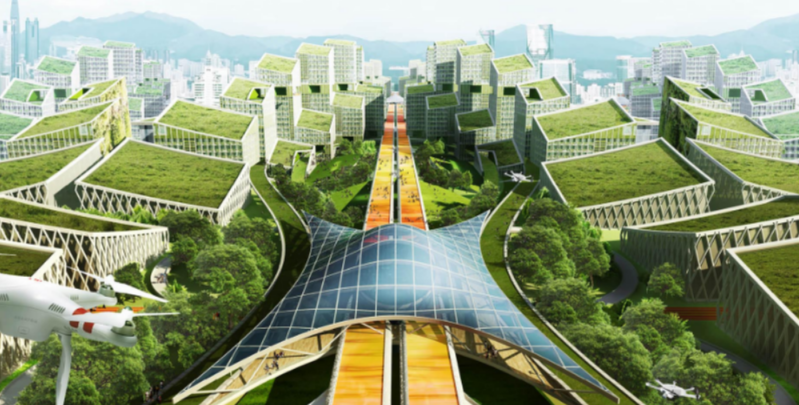 The Future Of Commercial Roofing

The Future of Commercial Roofing

We live in a time dominated by the challenges presented by global warming. The solutions for the future sustainable development of civilisation are more than likely already harnessed in the technology of today.

Here are some of the areas we predict will transform the roofing landscape over the next 25 years, provided we, industry leaders, politicians and society in general have the courage to match the potential.

We are tinkering with roof mounted photo voltaic cells. There are already photovoltaic slates which do the same on a grander scale and Elon Musk has unveiled a variety of PV roof tiles and is slowly developing the concept.

So why aren’t we driving this concept forward? If we do, prices would fall and in less than ten years’ time PV slates and tiles will have taken over from traditional materials and large PV panels will dominate the industrial market. If specifiers and clients push, the industry will have to respond.

And why stop there? Why not utilise the whole of roof surfaces to capture energy? Grids built into roofing membranes which can absorb the sun’s energy and convert it directly into electricity for use by the building user or transferred back into the grid. There are huge R&D grants from the government to encourage manufactures to get ahead of the game.

Rainwater Harvesting is an ancient idea. A great problem in urban areas is the proliferation of concrete, tarmac and other hard surfaces, directing rainwater straight into sewers and the stormwater system. A heavy storm can overwhelm these systems and cause sewage to spill into rivers and other water sources. The contaminated water spreads disease, kills fish and harms huge amounts of wildlife. We’ve already seen how important green roofs are for the preservation of wildlife but they also slow down rainwater run-off from roofs.

If we collected all the water run-off from roofs we would not only reduce this risk but we would also reduce the stress on our supply of fresh water. A decrease in hosepipe bans and an increase in fresh, unchlorinated, soft water supply – all for nothing.

For more information on the potential of Rainwater Harvesting you can click here.

We’ve all heard of acid rain. As precipitation passes through the air it absorbs carbon and other pollutants in the atmosphere. There is already a material which can be added to roofing membranes to absorb CO2 from the atmosphere. The problem, however, is that rainwater washes the residue off the roof and it pollutes our watercourses. How can we move this knowledge a few steps further to find a harmless solution or re-cycle the residue? The answer already exists in in the form of green roofs.

In most of our urban areas, the cost of housing has seen loft conversions become the norm, simply because it is cheaper to add another room in the roof space than it is to move to a larger house.

We predict that the same economic reality will result in commercial building owners converting their roof spaces into recreational areas thriving with vegetation. There is nothing new about this idea – Kensington Roof Gardens opened in 1938!

If we believe in our civilisation, society, communities, businesses and families, we should be prepared to take long-term decisions for long-term benefit. Only a lack of vision and ambition can stop us from becoming leaders in transforming our industry and society towards a positive sustainable future.

So let’s start together to change the word.