Home » News » Posts » Storm Proof Your Roof: What Can You Do? 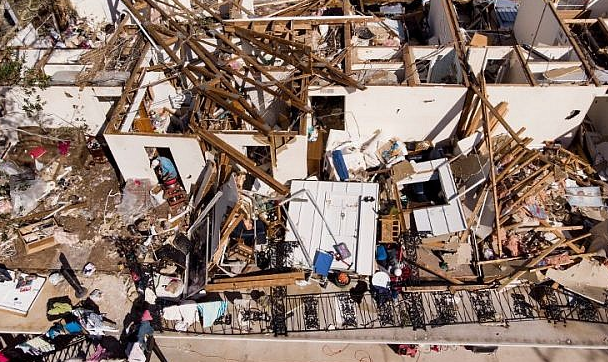 Storm Proof Your Roof: What Can You Do?

Storm proof your roof, what can you do?

Those hoping that Saturday morning would be spent cheering on England against the French in the Rugby, woke up to news that one of the largest Typhoons in decades had other plans. Since then, we’ve learnt that over 35 people have lost their lives and a path of unprecedented destruction has been caused by ‘Hagibis’ across the Japanese archipelago.

Whilst many of us in the UK won’t experience wild weather conditions to this extent, extreme weather is something that roofers across the word need to take into consideration. Areas such as Florida and Japan have implemented much stricter building controls in recent years, and as a consequence the death toll in Japan is likely to be much lower than that of historic storms.

Maguire Brothers have had a quick look into the ways roofers across the globe “Hurricane proof” their roofs, and what we can learn from such practices.

Before we jump in, something we spent a while debating was ‘what’s’ the differences between a hurricane, typhoon and a cyclone’? After a good few hours of debate, it turned out that the answer is nothing. The terms are purely geographical! A hurricane starts in the Atlantic, a typhoon in the pacific and a cyclone in the South Pacific and Indian Oceans.

Our initial thought was that no roof would stand a chance against such a tempest and an internal survey concluded flat roofs would probably be best suited.

However, it turns out that moderately pitched roofs (30 degrees to be precise) are the best able to resist wind damage. Flat roofs increase wind uplift forces on any overhanging areas, and are far more prone to leaks during extreme weather.

Metal sheeting is hugely popular and when fixed correctly are highly resistant to wind damage. However, on the downside, poor installation doesn’t just mean a few tiles missing, whole sheets can fly off exposing large areas.  In its favour, because sheeting runs from one end of the roof to the other, the areas where wind can penetrate are greatly reduced. The success of metal roofing in extreme weather is significantly noted in Florida, where damage has been minimal compared to that caused to tiled and shingled roofs.

It’s evident that developed countries are able to implement more stringent regulations to ensure extreme weather damage is avoided, or at least minimalized. Developing countries are less able to do this and often can’t afford to implement the measures in any case. Consequently the devastation and loss of life caused by extreme weather is far greater. Educating around construction methods is imperative to minimize the impacts these storms have in all countries.

According to the Atlantic Newspaper, on average 22 million people are displaced each year as a result of natural disasters, the majority being from less developed countries, this has risen by 60% since the 1970’s.

We have seen changes to codes of practice as a result of severe weather events in the UK, such as the development of dry fixed roof details and BS5534:2014 (Slating & Tiling For Pitched Roofs & Vertical Cladding). However, it’s clear from the events in Japan that there is still scope to do a lot more to ensure buildings are storm proof, especially in high risk areas.

At Maguire Brothers we see very few specifications which have to take into account the extreme weather conditions such as we see in places like Florida, Japan and Southern India. However, there are occasionally sites or locations where extreme circumstances or a microclimate can create unusual conditions. Moreover, if climate change increases the number of extreme weather events, predicted by climate scientist and models, this may bring about the need for more change sooner.

If you or your Clients have any issues you would like advise on, please take advantage of the experience we have built up over the last 40 years. We are here to help.