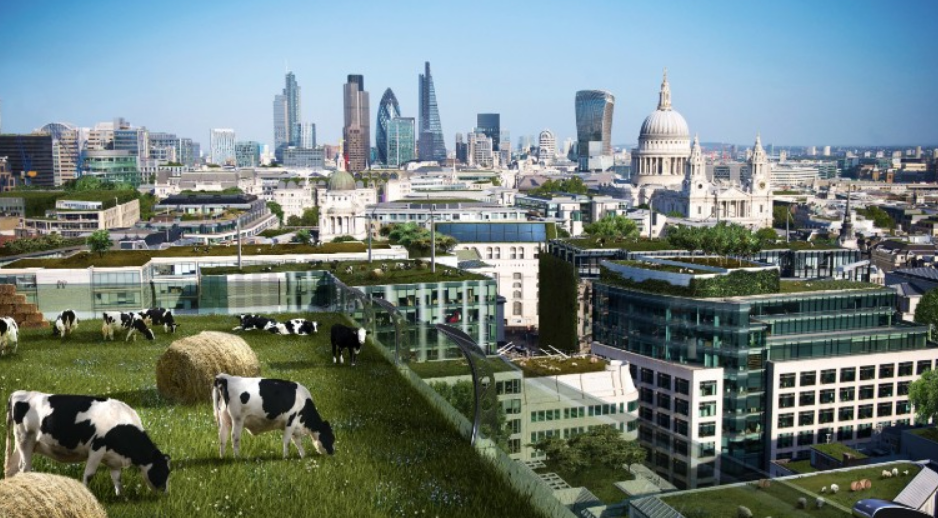 As a species we moved away from rural environments such as jungles and the savannah, into small settlements which then expanded into villages and towns, some of which developed into cities with buildings that cover entire skylines.

Humankind has adapted, exploiting and taking for granted the benefits of the natural world and many of us live most of our days surrounded by man-made structures.

55% of people on the planet now live in urban environments, with this number expected to rise to 66% over the next 30 years.

On top of this, the world population is projected to rise by a further billion to 8.6 billion by 2030. These changes will continue to place ever-growing demand on green space, the environment and food supply.

A recent increase in environmental awareness has been brought about by the growing extremes in our weather patterns, greater education, research and policy development, the implementation of green initiatives, groundbreaking wildlife documentaries and most notably, through recent mass global protests.

With the rise of urbanisation and the pressures that this naturally entails, the focus on the ways in which we are able to create and maintain sustainable cities has also increased. Cities, which meet the needs of the present, without sacrificing the ability for future generations to meet their own needs.

Now, more so than ever, we as a civilisation need to start ensuring that we are future-proofing our cities for the generations that follow.

As an old Greek proverb wisely said, “a society grows great when old men plant trees in whose shade they know they shall never sit.”

Whilst construction cannot deny that it contributes significantly to global emissions, it can still embrace the opportunities to take advantage of its position, wherever and whenever possible, by promoting and implementing innovative methods to contribute to the solution and not the problem.

As a commercial roofing contractor we have spent over 40 years working on top of the urban concrete skyline, looking down at acres and acres of under utilised rooftops. The rooftops which building owners see as a liability could become an asset and start to play a part in creating the sustainable cities of tomorrow.

Urban agriculture is slowly advancing. Only this week Swansea Council and Natural Resources Wales announced plans to double Swansea’s green spaces, following London’s initiative to make the capital a National Park City.   There is a big increase in urban farms, including creative ideas such as adapting abandoned Second World War bomb shelters. Urban beekeeping is also on the rise.

Less is known about roof top farming, but it is a growing sector and one we decided we would like to look into in a little more detail.

Simply put, rooftop farming is the growth and cultivation of plants and fruits on suitable rooftops, in densely populated areas. It is a practice which is growing in popularity, with cities like New York  and Hong Kong leading the way . And Paris soon to join the party, currently developing a 150,000 square foot agricultural acropolis.

Roof top farming offers all the same environmental benefits that green roofs offer. These include the absorption of CO2 and the release of oxygen, the filtering out of particulates in the environment, increased insulation and less dependency on air conditioning to name but a few. But in the case of urban farms these benefits are happy bi-products of the process and not the primary aim.

In Singapore only 1% of the country’s 280sq miles is devoted to agriculture. There, the call is “Don’t think land, think space. Because you can go upwards and sideways”.

Currently in Singapore 5% of present day vegetable consumption is farmed locally, if rooftop farming was implemented across public housing estates alone, this would increase to 36%, whilst reducing emissions by over 9,000 tonnes per year.

In Bologna, if all suitable roof space was used for urban farming, nearly 80% of the city’s consumption needs would be met. Whether our peppers are coming from Spain, or from Mexico, the environmental impacts are huge in comparison to sourcing locally.

If we look closer to home, London has over 20,000 hectares of rooftop. According to the Sustainable Food Trust, if we were able to convert 10,000 hectares, and produce 40kg/sqm/year (a very conservative estimate) – we’d be able to supply all of London’s population with fruit and vegetables.

Many of the first innovators have been restaurants, developing small production for their own use. This is not that unusual in country hotels and restaurants; think only of Hugh Fearnley-Whittingstall’s ‘River Cottage’ series.

By growing their own restaurants can manage quality, have security over their supply and they don’t have to pay delivery costs or contribute to the pollution this is responsible for.

But, as in the case of Singapore, food security is becoming more and more important as urbanisation spreads.

With an ever growing demand to maximise the use of rooftops, combined with ever growing awareness of environmental issues and the desire to ensure urban sustainability, rooftop farming certainly offers an excellent solution. However, we need to start educating our clients that green roofs offer both a financial and environmental benefit, and longer term thinking can and will benefit everyone.

Maguire Brothers is committed to working with our clients to develop and build environmentally sustainable rooftop solutions and we are excited to help lead the way. We’re proud of the environmental projects we have completed and will embrace any sustainable challenge that you may have. Just get in touch to discuss or meet with us over an oat milk latte….