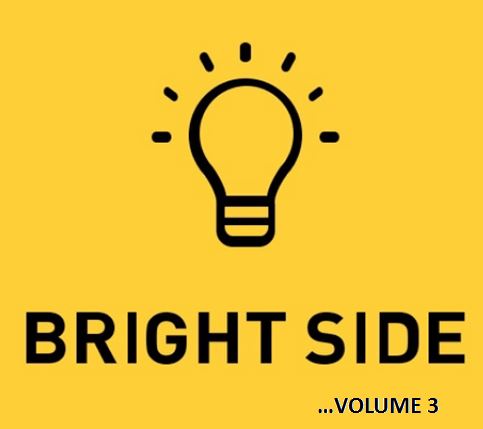 Since mid-March the direct impact of Corona Virus on the UK construction sector was becoming apparent and it was further confirmed on the 23rd of March when Boris Johnson announced lockdown measures, the knock on effects of which, will be felt for years to come.

As quickly as pubs and offices closed their doors, the resilience of our industries and the ability to adapt in the face of adversity was put to the test.

Overnight, offices popped up in bedrooms, living rooms and kitchens. Before professional bodies and government insisted, contractors has put extra H&S measures in place, and businesses adapted to operating with a mountain of new and pressing challenges.

Parents who had previously spent little time with their children, had been given an opportunity which no amount of money could replace, spending valuable time with the most important people in their world, and whilst this too had its challenges, the benefits surely outweighed the downside.

Meetings that would have taken place in New York or Paris now took place on Zoom, hosted in bedrooms by business executives, finely groomed from the waste up, still wearing yesterday’s tracksuit bottoms. Not only were these more comfortable, but our planet was allowed to breathe again. NASA reports showed air pollution in cities decreasing by over 30%. Venetians saw fish in their canals, New Yorkers saw a 50% decrease in Carbon Monoxide levels, Flamingos returned to Mumbai in numbers never seen before and goats took over Scottish town centers.

Last August we published an article on flexible working in construction, in it we said:-

“ … flexible working is becoming more popular and it has been proven to boost employee performance and mental health, making employees feel trusted and giving them control over their work-life balance.”

“By trusting your employee and empowering them, the statistics clearly show you’ll get better results. And you’ll save money. Remote workers don’t use office space, power and heating nor any of your other resources. Start unshackling the chains, judge people by the end result and not the route they take to get there.”

During lockdown, we very quickly saw a positive swing towards a better work life balance and we saw that business and individuals could function just as well when they are given more flexibility, freedom and responsibility.

In addition, whilst we may not have otherwise chosen to spend all those extra hours zooming our friends, we also learnt that distance, time zones and oceanic divides, need not hinder our ability to maintain relationships. We now had more time and not least because we were saved the daily commute, which on average takes up 13 days of our life each year.

There was also a coming together which extended beyond talking to your best friend in Perth and which was seen across the country. Football clubs offering up their hotel rooms to NHS staff, local restaurants and takeaways delivering free lunches to support workers and every Thursday, ordinary people gathering, with pots and pans in hand to applaud the NHS workers fighting on the front line treating the afflicted.

We’ve seen one of the largest economic dips ever recorded and the construction sector anticipates 8% of employees will be made redundant by the end of September. The Furlough scheme is clearly propping up a “wounded beast” with over a third of workers in the sector being on Furlough in May, during which month 38% of companies saw turnover decrease by over 50%. So what, you might ask, is there to be optimistic about?

We have previously looked at the surprising economic effects of the three day week of the 1970’s and can we learn from the past this time?

So far the government action has been on short term support, bailing out businesses to keep them alive and ticking over. Now investment should be used to stimulate the economy, initially in the short term but it also has to have a long-term view. It must be used to allow everyone to share in the recovery and it should not be used to prop up the values of existing assets. This has especially affected young people in the past who may now start to demand greater representation, as they will be paying off most of the bill.

The private sector also has a huge part to play in the recovery and those businesses who accept the changes in customer purchase habits and staff working practices, who have the vision and drive to change, should come through it well.

Shocks like this can change mindsets and business habits; will ‘just in time’ become ‘just in case’? We’ll have to resist populist calls for increasing tariffs and back policies which will encourage free trade and stimulate growth.

Some sectors may find the future more challenging, hospitality, airlines and tourism and some may find that change, which was already coming, will speed up, such as in traditional retail.

As any marketer knows from doing a SWOT analysis, it is often difficult to decide if an opportunity is a threat and vice versa.

One such threat is the environmental crisis, which threatens the very eco system on which we are all dependent. It also offers all construction firms a myriad of opportunities to become leaders in the green economy, a hugely underdeveloped market, and one we know will only continue to grow.

At Maguire Brothers we are optimistic about the future and we believe that waiting for things to return to how they were six months ago would be a mistake. We are adapting and embracing, remote working was just the start. Some of our clients put projects on hold during April, whilst others rushed them ahead, taking advantage of empty commercial buildings and classrooms. We introduced new Health and Safety procedures and adopted our normal practices to meet the challenges. We are following the industries which are likely to benefit from the changes and reducing our exposure in those where there is likely to be shrinkage.

And early data for June shows some reason for optimism. Strong market data from HIS Markit showed that the total construction activity index jumped from to 55.3 in June from 28.9 in May