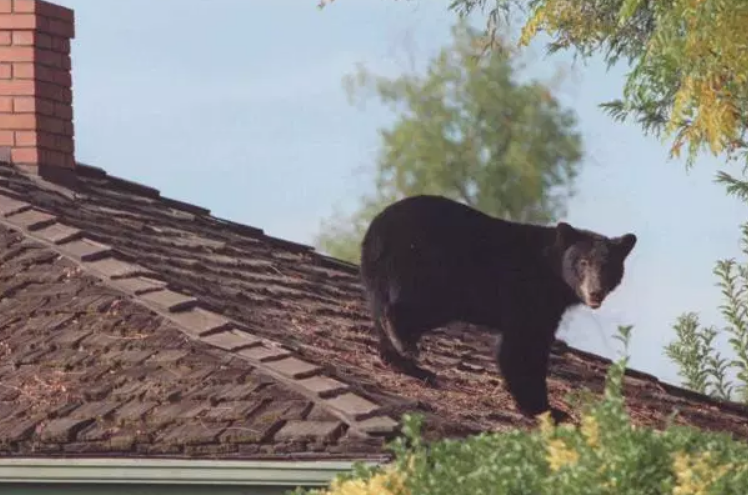 Monkeys in India, Racoons in the US, bears in Canada and snakes in the Amazon; but wildlife on roofs in the UK?

You might not immediately associate commercial roofing with wildlife and flora and fauna, but you would be mistaken.

And we don’t just mean being dive bombed by aggressive seagulls, something most commercial roofing surveyors will have encountered.

The many environmental and economic benefits of green roofs are well known and documented; they reduce CO2 levels and absorb pollutants, prevent flooding, cool down urban areas, insulate buildings reducing heating and air-conditioning use, significantly extend the life of roof waterproofing systems and give long-term costs savings to building owners and occupants. They also provide an important habitat for wildlife, especially for pollinators.

Roofs cover vast areas of our urban landscape. Usually left abandoned, mostly free from predators, they provide an ideal environment for wildlife. There are very rigid laws protecting wildlife and commercial roofing contractors need to have their wits about them so as not to fall foul of the law.

In cities, beekeepers have cottoned on and bees are thriving whilst they are in decline in the countryside. There is nowhere better for a hive than a roof area and we are beginning to encounter them more often; recently in Stepney Green and Euston. If you’re interested in joining the growing number of urban beekeepers have a look here.

We have had a few encounters with House Martins, which usually nest under the eaves of buildings, often close to rivers or lakes. The nests are often difficult to spot but beware. House Martins are fully protected under the Wildlife and Countryside Act 1981, which makes it an offence to kill, injure or take an adult bird, or to take, damage or destroy the eggs, young or nest of a House Martin whilst it is being built or in use. The Act allows for fines of up to £5,000 for every bird, egg or nest destroyed, and also custodial sentences. Best to re-schedule the works until they’ve moved on.

Peregrine Falcons are protected by the same act and when we encountered one during the re-roofing of a church we were instructed to install a stone niche at high level to encourage it to nest.  The Vicar’s motivation went beyond conservation; the Peregrine keeps his pigeon problem in check.

As their natural habitat has been destroyed, bats have adapted to live in buildings. They are especially common in barns, churches and old rural buildings but we’ve also encountered them in central London, most recently at Temple by the Thames. There are 18 species resident in the UK, all tiny and able to crawl between tiles into roofs. Tile manufacturers now supply purpose made ’bat tiles’ which allow them to return to their roosts after re-roofing. But take care, bats are protected and breaking the law can attract unlimited fines and custodial sentences.

We are pleased to see a growing interest in green roofs amongst our Clients on roof refurbishment projects. We are currently involved with a sedum roof project on Marylebone Road.

We long for the day when all roof-scapes are meadows and butterflies and bees, songbirds and insects share our urban landscape as they did in the past.

We can all do our bit to help wildlife, improve our quality of life and save money for our clients at the same time.

If you’re in the process of tackling a project where you’re concerned our wild friends might cause a headache, we’re always on hand to help turn that into a positive and we can add our knowledge of wildlife and green roofing systems from the start.

Maguire Brothers support the Surrey Wildlife Trust. Last weekend Rory Maguire took part in a river fly census on the River Dove in the midlands for the Salmon and Trout Conservation Trust.