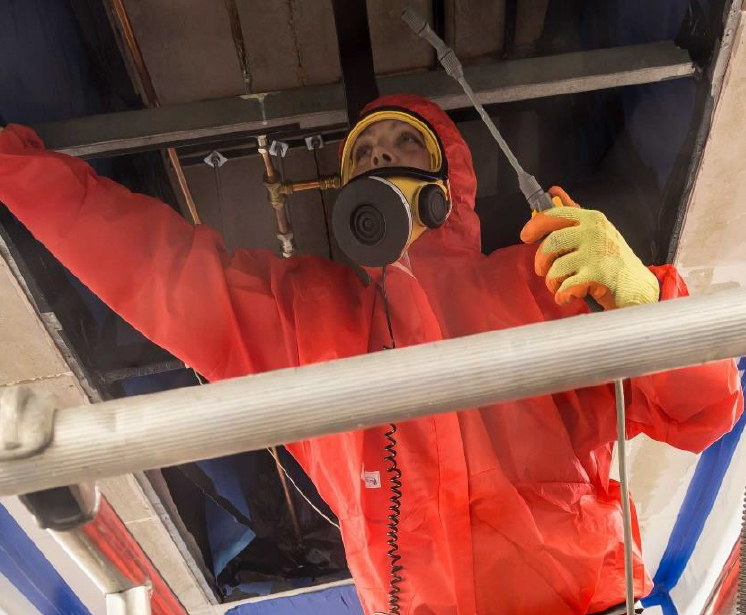 We look at what asbestos is and the danger it poses to both roofers and building occupants.

Asbestos is the name of several naturally occurring minerals that have crystallised to form fibres. The fibres are strong, and resistant to heat, chemical and biological degradation. They do not dissolve or evaporate and are extremely strong.

The properties of asbestos made it an ideal material for use in a number of roofing and building products including asbestos roof tiles, insulation and asbestos roof sheets. However, since 1999 these has been an outright ban on it’s use in the UK. Adding to a partial ban in 1985.

This was in response to confirmed health risks following exposure to asbestos and people dying from prolonged exposure. It has since been classified as being carcinogenic to humans, meaning it can cause cancer.

There are 2 sub-groups of asbestos; serpentine (white or chrysotile asbestos) and amphiboles (blue and brown asbestos). Amphiboles are much more hazardous than serpentine.

What Are The Dangers Of Asbestos?

If undisturbed asbestos poses very little risk. But, if damaged or disturbed, it can release a fine dust containing asbestos fibres that can be breathed in. The fibres then enter the lungs gradually damaging them over time.

If exposed to a hazardous chemical, the effects depend on several factors, including the amount and duration of exposure, as well as the type of asbestos.

Prolonged exposure to asbestos can cause a disease known as asbestosis, where breathing becomes difficult and the heart enlarges. While it takes many years to develop sufferers are at an increased risk of cancer.

Asbestos exposure can also lead to cancer of the lung, larynx, stomach and ovary. The World Health Organisation estimates that approximately half of the deaths from occupational cancer are caused by asbestos.

A lesser danger is that prolonged exposure to smaller concentrations of asbestos can result in a thickening of the lung lining.

As all types of asbestos could freely be used in the UK until 1985 any building built or refurbished before this time, may have asbestos present, and unless documents can prove otherwise, should be treated as such.

However, there are areas where it was more commonly used, and particular care should be taken when investigating within these. These include, insulation, interior wall paint, ceilings, window putty, drywall, pipe systems, air conditioning and heat ducts.

As there is no reliable way of visually identifying asbestos containing materials the best course of action is laboratory testing, whilst this may sound very elaborative, testing samples can be quick and efficient and rarely requires adding any delay to projects. In addition to this commercial properties are also legally required to undertake a complete asbestos audit, which will highlight any issues and ways to remedy them.

The two main options are for the complete removal of the asbestos from the site, where it is destroyed safely. Or for the asbestos to be encased in a material that will prevent it from being damaged or disturbed, as well as not allowing any fibres to escape into the building.

Whether it’s disposing of an asbestos roof or removing asbestos roof tiles, Maguire Brothers would always work with a licensed asbestos removal contractor in guidance with the 2006 Control of Asbestos regulations.

Asbestos is a carcinogenic material that may be present in any building built before the year 2000 as it was widely used in a variety of building materials and can be deadly if left alone.

However, there are multiple safe ways to remove asbestos. It isn’t however something a non-certified person should attempt to remove due to the health risks posed, for both the operatives and building users.
We’ve worked with thousands of clients refurbishing existing roofs during which asbestos has always been dealt with safely. If you have any concerns about asbestos in your roof, or would like to get more information on the subject get in touch with us here.